Google Contacts is a cloud-based solution that allows enterprises to store and manage contacts in a built-in directory. Professionals can create/import new contacts with details such as mailing address, phone number or directory profile and categorize them using labels. Google Contacts offers integration with Gmail, which helps businesses send emails to specific individuals or multiple groups. The solution enables users to manually merge duplicate contacts, star important profiles and delete or restore phone numbers as per individual requirements. Additionally, managers can utilize the search functionality to retrieve specific information from the directory. Google Contacts enables organizations to print profiles and export contacts in vCard or CSV format. The product is available for free and support is extended via documentation. 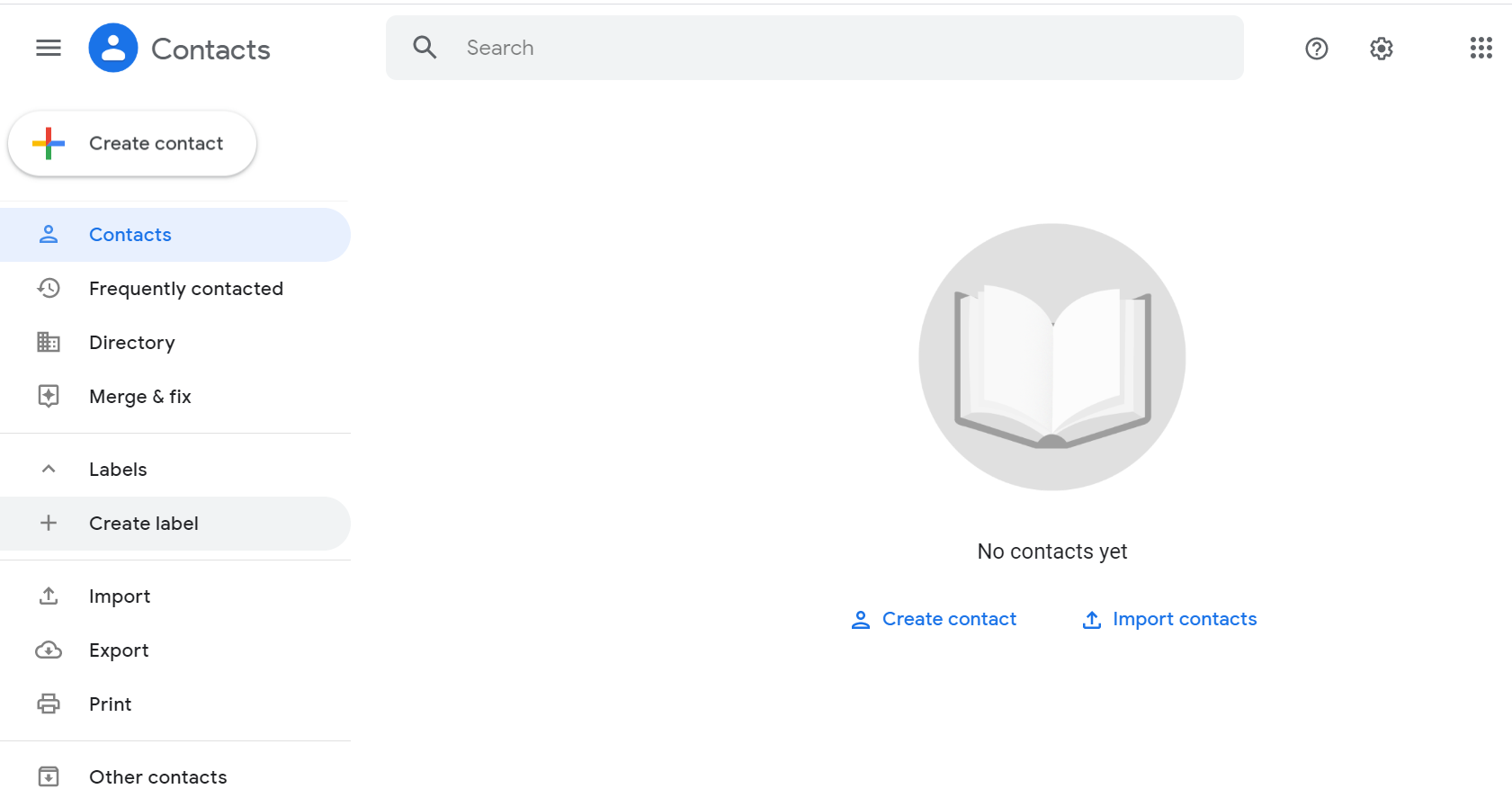 Google Contacts has a free version and offers a free trial.

4.5 (1365 Reviews)
Microsoft Outlook is a free email and calendar solution designed for both personal, educational and business use. The...
Compare Learn More

4.6 (255 Reviews)
Google Alerts is a content change detection and notification service, which sends email alerts to subscribers when the...
Compare Learn More

4.6 (1150 Reviews)
iCloud is a file storage solution that helps businesses backup and share photos, notes, documents and other data with...
Compare Learn More

4.8 (10 Reviews)
Contact Boss is a database for managing businesses and non-profit organizations' contacts. It allows companies to...
Compare Learn More

Not impermeable but at always present

Privacy be damned...I'd rather have my contacts secured, safe in the Google-sphered every SINGLE time I've needed them, wanted them, looked for them, or lost them. They're never leaving you alone now, and they will be "openly" deceitful about it, but at least you have 971 more people to complain to that about!

Google makes phone switches, losses, steals, or the panic the second you drop your phone on to the hard sidewalk (it's never over the couch) a thing of the past...well at least as far as data backups are concerned. Even when I wasn't prepared to have a phone "die" on me, Google's contacts always *always* have made the switch with me, and usually before me, and usually without my help. It's a huge relief to know my 971 contacts are safely backed up, considering I don't know or remember who half of them are anymore, but at least thanks to the ease and functionality of Google, I can keep those numbers until I want to kick em to the curb *but not literally speaking this time!

The software is so invasive and shady about their privacy and permissions, they make everything seem up front with their brightly colored and long worded explanations that are 13 layers of inception deep, but getting to ALL the places you need to in order to turn off/change some of the privacy features is a really hidden hiccup.

I have used it for several projects and teams, and it has worked wonderfully.

The speed and quality of the service. Google servers are super quick and reliable to store sensitive information. With Google contacts I can be sure all my team has all the data needed to contact a client

I didn't like the design on desktop. On the apps it feels way better than the desktop version.

The Google contact is one of the best way to arrange all your contacts in organised manner and the contact can also sync with Google account so if we change our device then only with Gmail I'd we can get all our contacts. We can merge duplicate contacts, and the search feature is also very fast and optimised.

The Google contact have no feature of grouping the contact, and also it does not hide incomplete numbers, sometimes it lags, and the other thing is that it need proper internet connection to save our contact, also if we share contacts books to other then sometimes some contacts are missing, overall the software is good.

A smart and sure way of keeping contacts.

It has good options for managing contacts. It allows the copying or moving of contacts from one account to another with no hustle.Favorite contacts can be starred and put closer, to ease the burden of having to search for contact each time you want to call them.The app allows you to create labels for groups of contacts with similar interests, like family and friends, church members, classmates, or any other. It is a sure way to keep your contacts organized.You can customize the app to show a list of contacts from multiple accounts or a single account only.It collaborates well with other communication apps, where you can do extra, like sending a message on Telegram or making a video call on Google Meet.It handles Text Messages with customized notifications for each contact and a search feature for the text messages received.If one contact was unintentionally saved more than once, the app fixes this by merging the contacts into one, keeping all the important details.

The user interface does not look any more appealing than apps of a similar kind.

It is simple and easy to use.

Goggle contacts enables me to save thousands of contacts on cloud storage both mobile number and email address.

I have not experience any difficulty using goggle contacts.