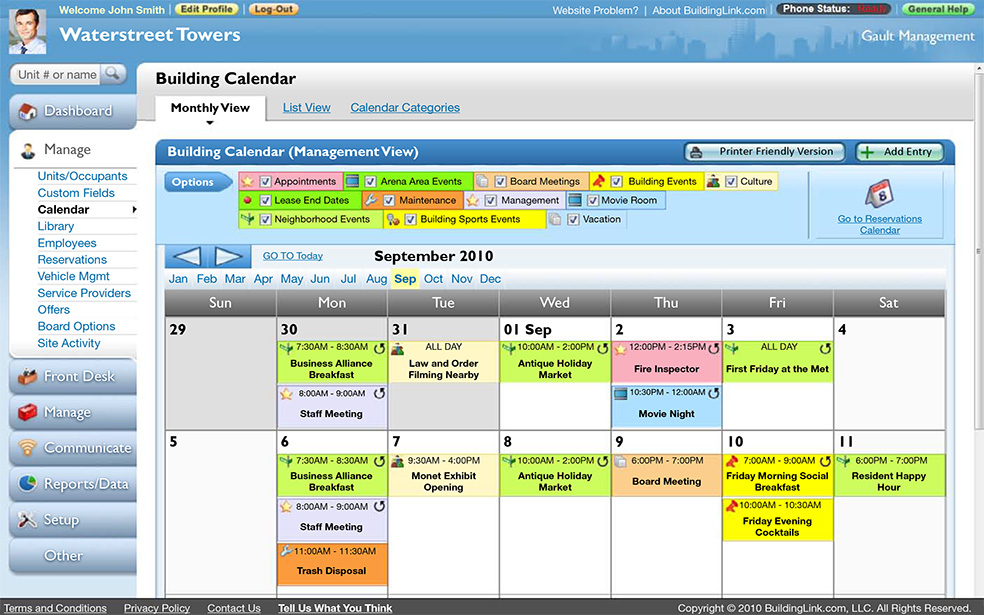 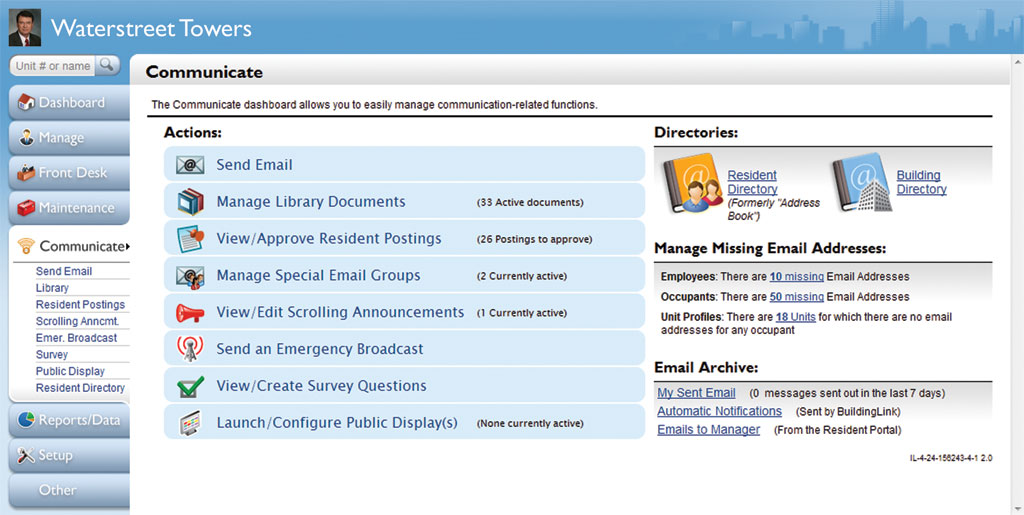 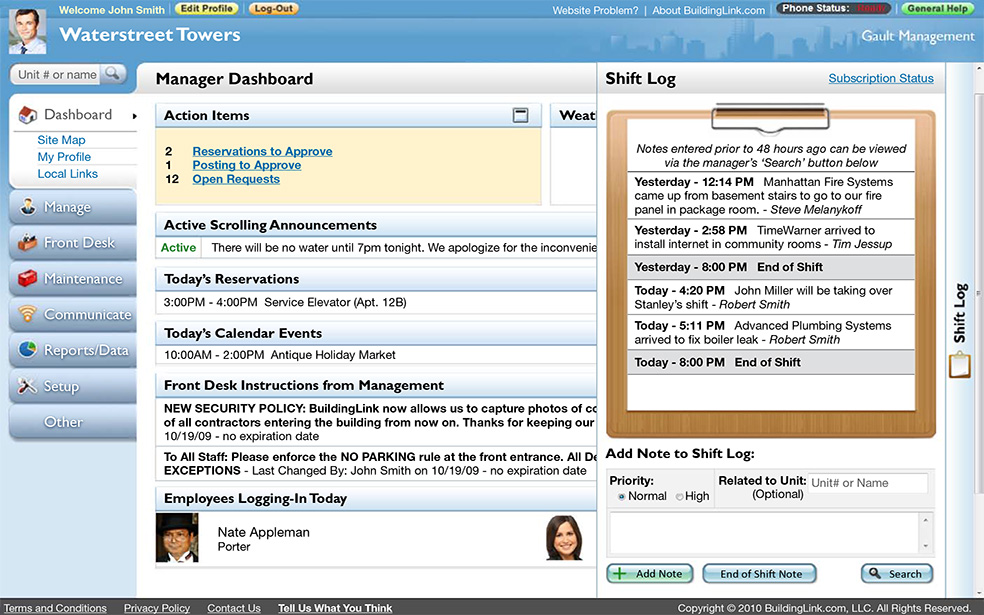 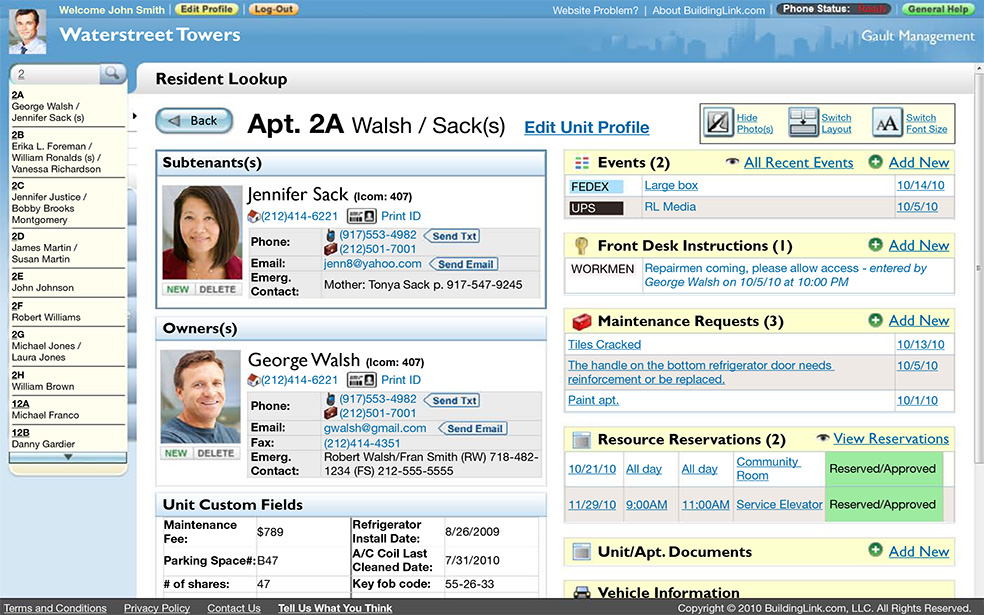 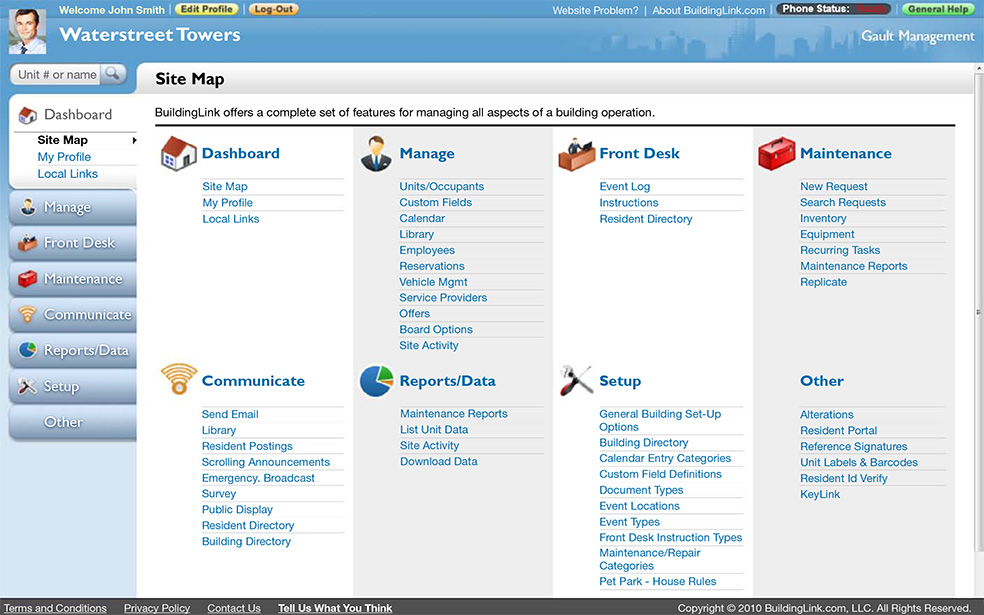 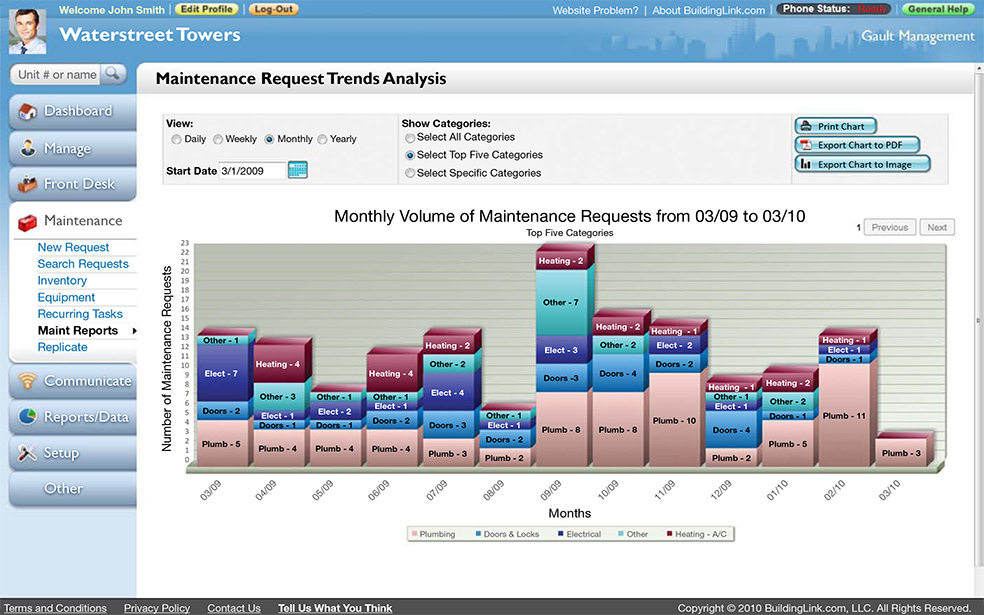 BuildingLink does not have a free version.

Building Link has helped keep me informed as a user and I love the posting feature, to share ideas, needs etc. with other tenants.

Building Link is a fabulous resource for tenant resources, directory and bulletin boards. Its an easy way to connect tenants and provide information.

The system home page could use an upgrade, it's very dated and loaded with too many visuals/clipart.

We use BuildingLink at our office condo

Overall I don't have any complaints about the product, but the interface looks a little clunky and outdated

A system that could be great with the right vision

I think if BuildingLink was willing to invest in an overhaul they could be great, but the current iteration is behind its competitors and desperately needs a new vision.

Under the hood, I think BuildingLink is solid. Their underlying data structures and business logic make sense and feel like this is a product that didn't just pop up yesterday.

(1) Aesthetics; I don't really understand why they haven't completed a major overhaul of the aesthetics both on the web and on the mobile app, both of which are aging significantly and clumsy to access. This could be accomplished with only UX changes by a web designer so not sure why such an issue.

(2) Customization; This software can't do everything, which is OK, but at least allow users to add custom pages. For example, would love to create a custom 'wiki' style page or pages for an introduction or announcements. More importantly, let's say I want to use a 3rd party service for Payment Processing, Utility lookup, voting, or violation tracking; would be nice to be able to embed them in a page.

(3) Violation Mgmt; The lack of any system for violation mgmt is crippling for HOA/COA use cases. It's the single major non-aesthetic feature that should be prioritized.

(4) Email Messaging; Clunky is all I really have to say about that

(5) Custom User Types; Users have to be set to pre-defined lists and must be enabled by support. Why not just allow Admins to create the types?

The MarketPlace posting feature helps to connect with and interact with neighbors without much effort, great for trading tips, selling furniture etc.

The system designed for our community is old and outdated, looks like a portal space from the late 90s.

I use it for work. I wish we could use it on another web browser because internet explorer is trash. It’s always freezing when I’m trying to help residents.

I like that I can search easy with the search bar and that if I’m looking or something specific, I can just put in the specifics and find what I’m looking for

This application is so far outdated though. It could could have so much more potential. It looks like it’s design is not up with the times.