Office Ally’s Practice Mate is a cloud-based medical practice management solution that caters to small and midsize healthcare organizations. It can be customized to fit the needs of multiple specialties and helps users in digitizing the activities necessary to manage a practice. This solution is HIPAA-compliant and can be combined with Office Ally’s EHR solution to fulfill Meaningful Use Stage 1 and 2 requirements. Users can create appointments, manage a calendar and color-code time slots using the appointment scheduling module. Patients can also request appointments via Office Ally’s patient portal, Patient Ally. Healthcare professionals can log on to approve or deny appointment requests, and view forms that patients have completed before their scheduled appointment. Practice Mate also includes a reporting module that allows users to search by name, type of insurance, tax ID and other identifying information. Reports generated by the system can also be downloaded by users and exported into Microsoft Excel. Support is offered via phone, email and through other online resources. 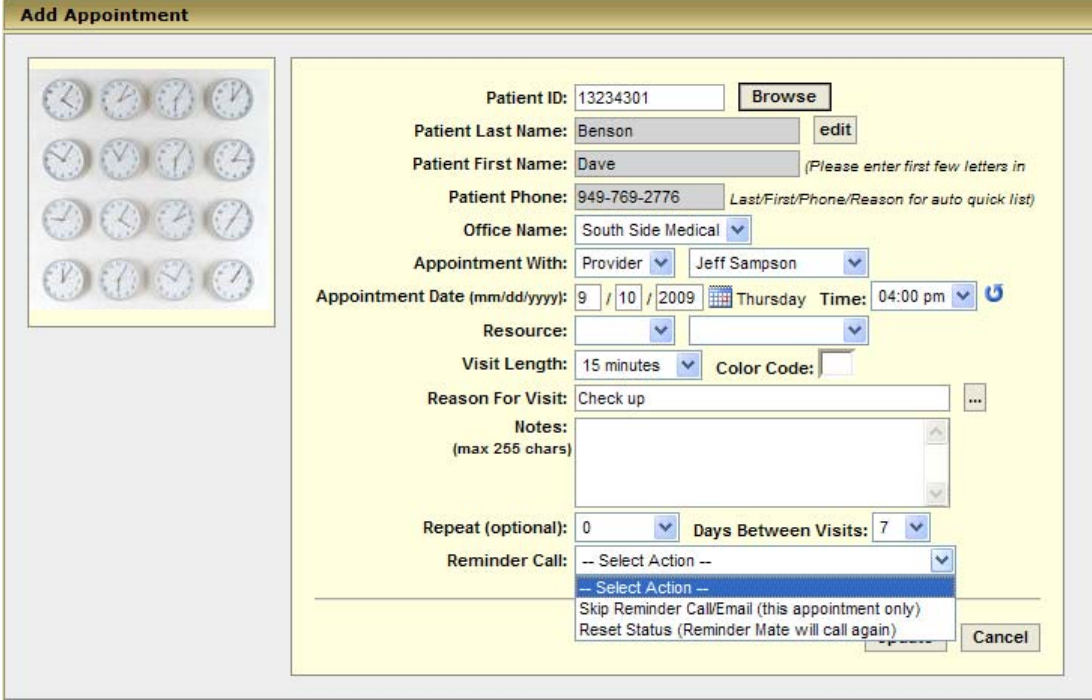 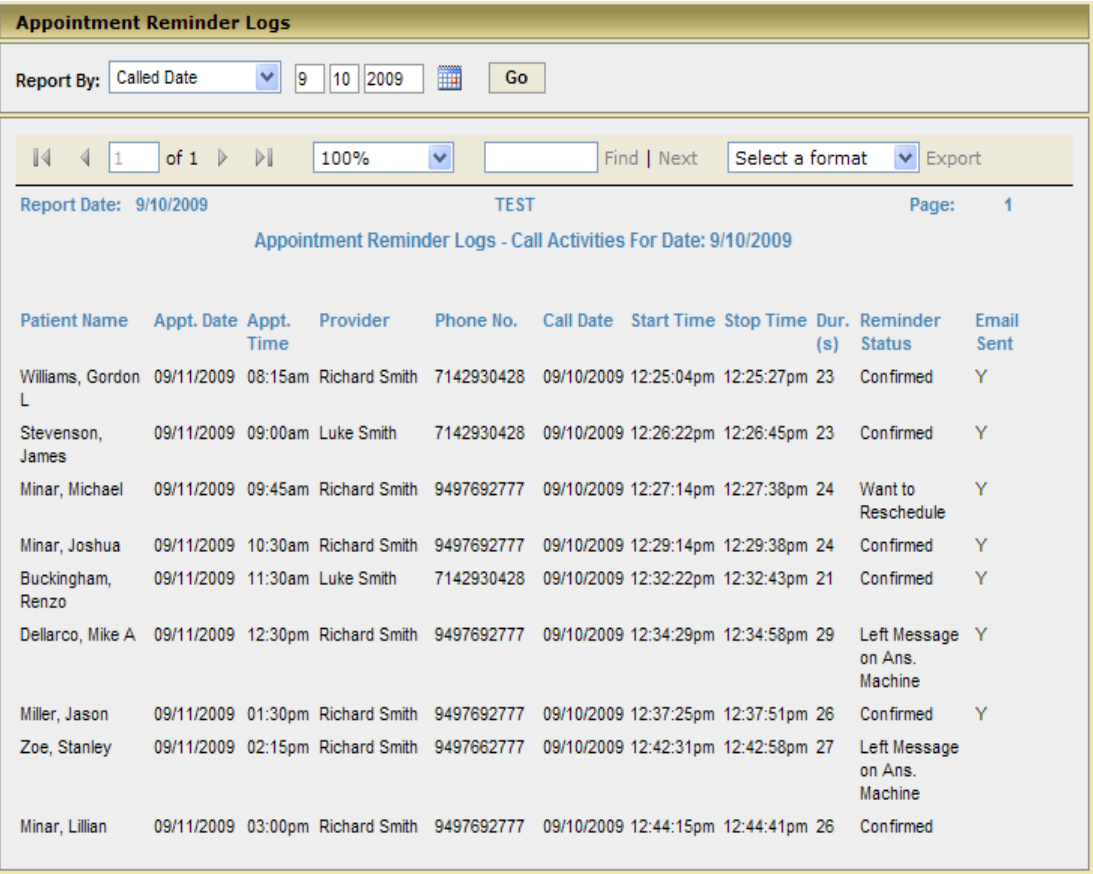 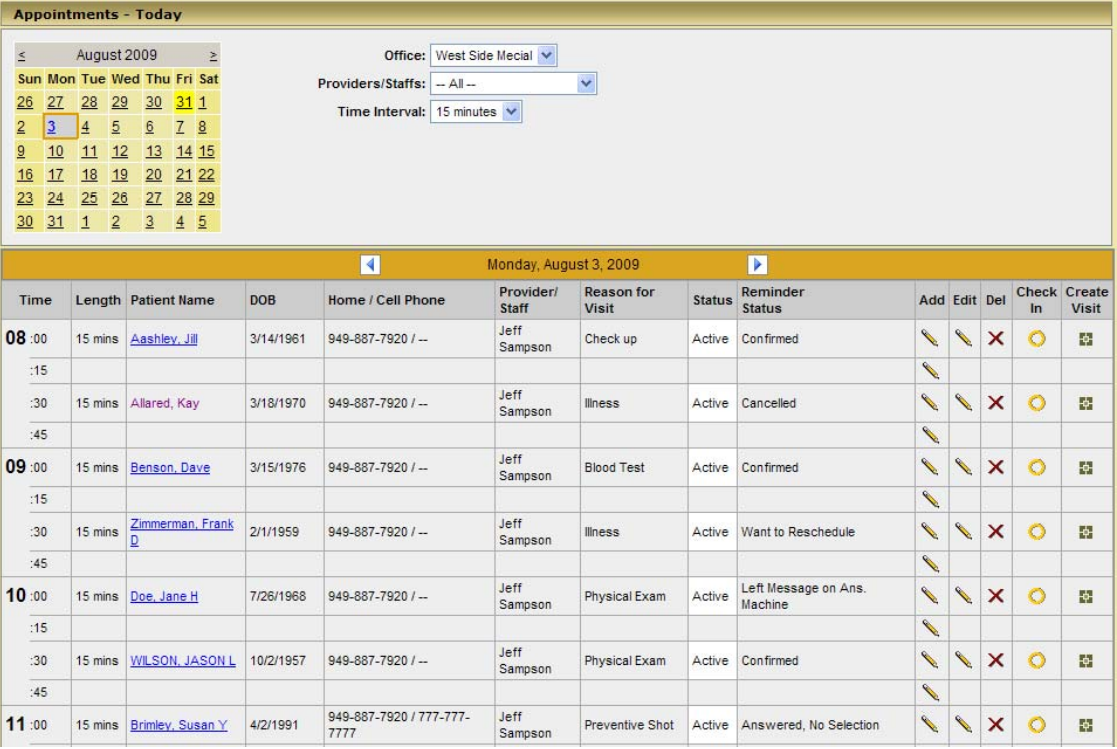 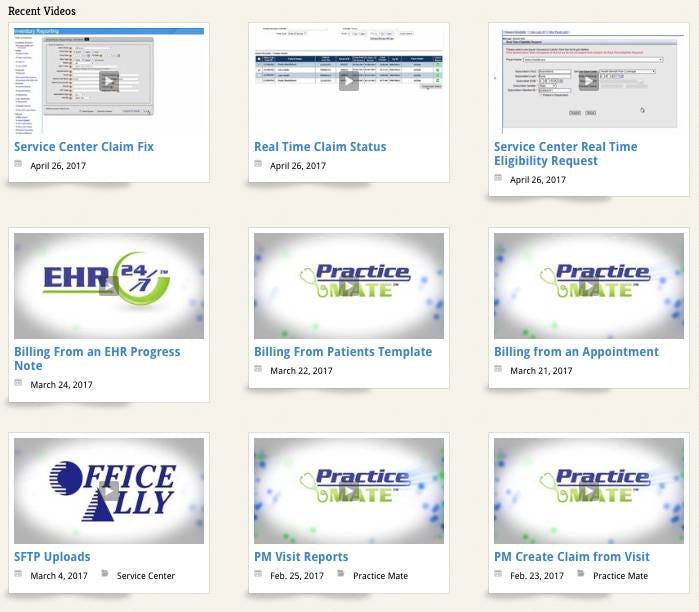 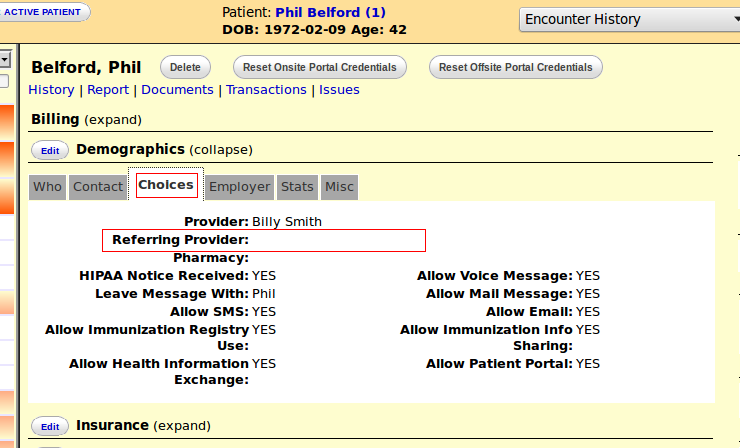 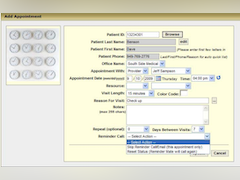 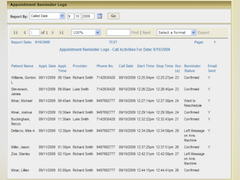 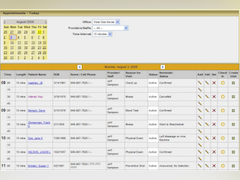 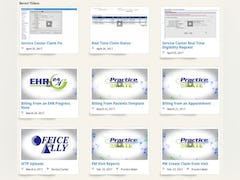 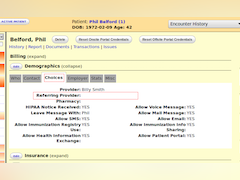 4.7 (332 Reviews)
Pabau is the perfect solution for clinics of any size, and provides a simple all-in-one solution to help manage every...
Compare Visit Website

4.6 (12 Reviews)
It is of the utmost importance for clinics to have a reliable CRM software solution that facilitates the booking of...
Compare Learn More
View all alternatives

Practice mate is great, we have used it in our medical practice for over 10 years.

Office ally is great because the practice mate is free. They will charge you nominal rates if you use some of the extra features like submitting claims, EHR, billing invoices, and a number of services that may be beneficial to a variety of different practices. Also their customer service is excellent, as well as their tutorial videos and they offer training one on one.

There are some things that could be improved on the software, but they are always improving and upgrading the software.

For a small, single provider mental health practice, this software makes billing much simpler. Entering demographics and billing is easy. Most clients are seen for the same procedure and diagnosis each time, I can template my charge entry to have these items automatically fill in at each visit.

Easy to view and resubmit the claims that are sent. Can create pop-up notes when accessing certain areas of a patient (scheduling, demographics, etc). Can electronically post EOB's if setup to receive and process the insurance's file.

Cannot beat the cost (or lack of cost) for using this software.

The Accounts Receivable can be challenging at times. Cannot reverse payments/adjustments on an account with a negative transaction, must delete these out, which is a nightmare for tracking or auditing. If the EOB wasn't posted by the system, have to manually search for the patient by looking at each EOB for that insurance.

Most serious thing to consider when starting with Office Ally/Practice Mate as a Mental Health...

I've used Office Ally for over 10 years, and in the early years it has worked very well for me, however, if I knew what I know about Office Ally now, I would not have started using it.

In the last several years, there have been more mistakes made by practice mate, claims that appear to have been submitted that were not. Fortunately, the Office Ally Tech support is usually very helpful when I call them, although in this case of some claims not going through, that issue has still not been resolved.
The biggest issue however, that I would urge users of Practice Mate to consider, is if you use this program to write notes, at some point in time, if you ever want to stop using Practice Mate, you will not have easy access to these notes. I was told that there is no easy way of downloading or printing these notes. You have to go into each session, and cut and paste each note onto another document. If you don't want to go through this trouble, and for me it would be thousands of notes I would have to cut and paste, it effectively locks you into using Practice Mate, and almost impossible to shift over to another billing software program. You can export patient demographic information to other programs, but notes cannot be exported. If I had known this when I started with Office Ally, I would not have started. Hopefully Office Ally will fix this problem which could easily dissuade users from wanting to sign on.

simple fixes could make a world of difference

Our experience with other softwares have been AWFUL so this one has been a blessing. I feel that there are seemingly minor adjustments that could be addressed that would make this DREAMY. If only I could get someone to hear me!!!

Needed fixes: Make daily schedule show only therapists working that day visible; Allow schedule to drag L/R for view of all treating therapists that entire day at once

Office Ally provides great customer service. Their tools are easy to use and either free or inexpensive. Highly recommend!

I use EHR 24/7 along with Practice Mate. The systems talk to each other and make coding and billing easy. We use a billing company, and they submit the claims and follow things through to the end for us. It's a very simple process.

We are still pretty new to the system, but to this point we haven't had any problems. I'm excited to get things rolling.