WritePad is a suite of applications designed to increase efficiency and improve patient care in practices. The solution includes a full EMR, patient scheduling, and picture archiving capabilities, and is available as an on-premise or cloud-based solution. The software was developed to support providers in many different specialties, including anesthesiology, physical therapy, pain management, and chiropractic, among others. WritePad gives users the ability to generate visit notes and track patients’ records from tablet, PC, or laptop. The application has hundreds of customizable templates that helps in report generation. WritePad is a fully scalable solution, making it an option for practices that want a system to grow with their business. The application can be expanded with program modules, adding features that are not available in the basic edition. One of these modules is called Virtual Physician’s Assistant (VPA), which streamlines traditional intake practices and reduces paperwork. Users have access to custom content modules that can save time and streamline the documentation of patient visits. WritePad is HIPAA compliant and offers advanced security checks with password authentication, as well as the ability to integrate with fingerprint biometric technology. 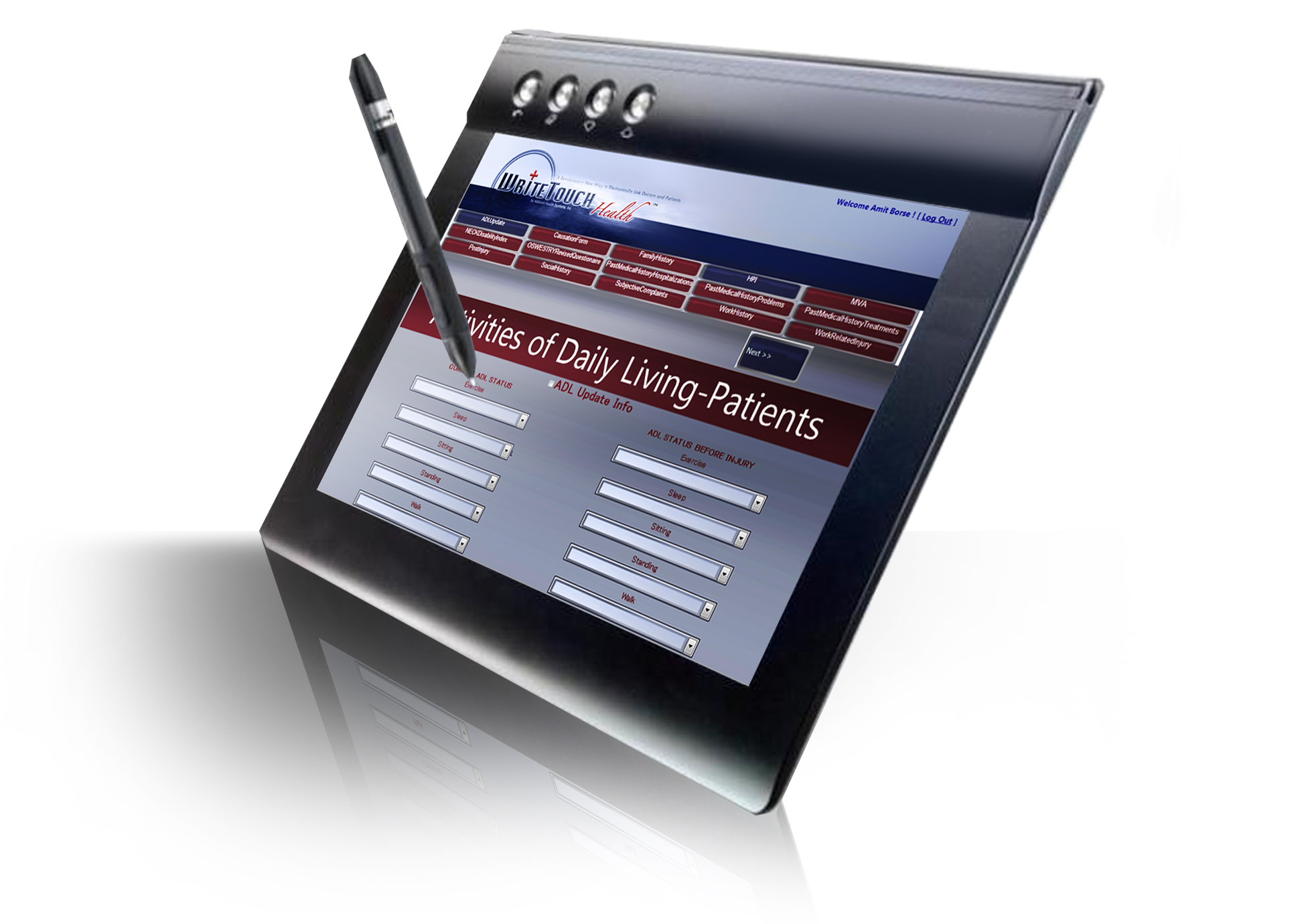 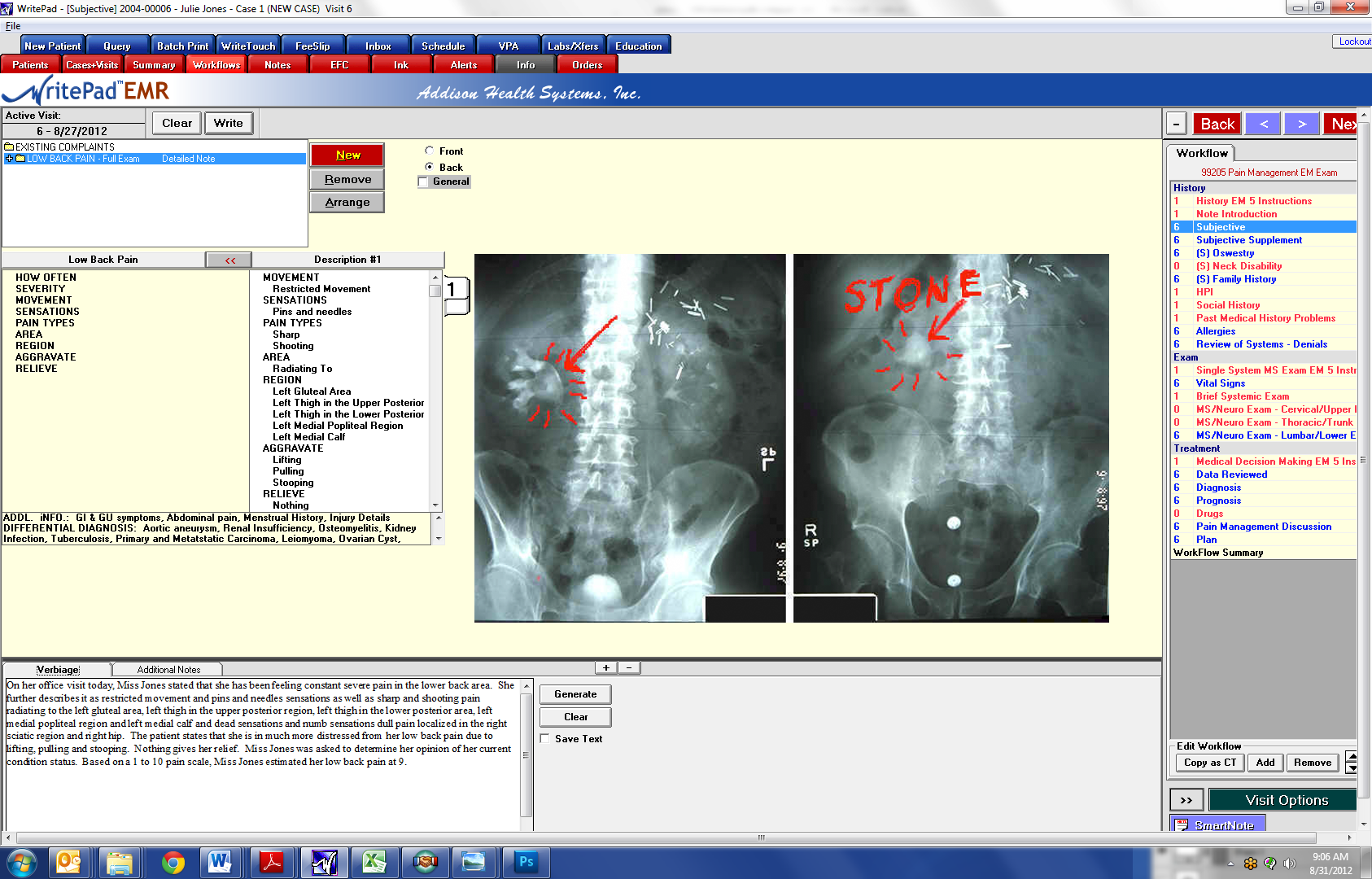 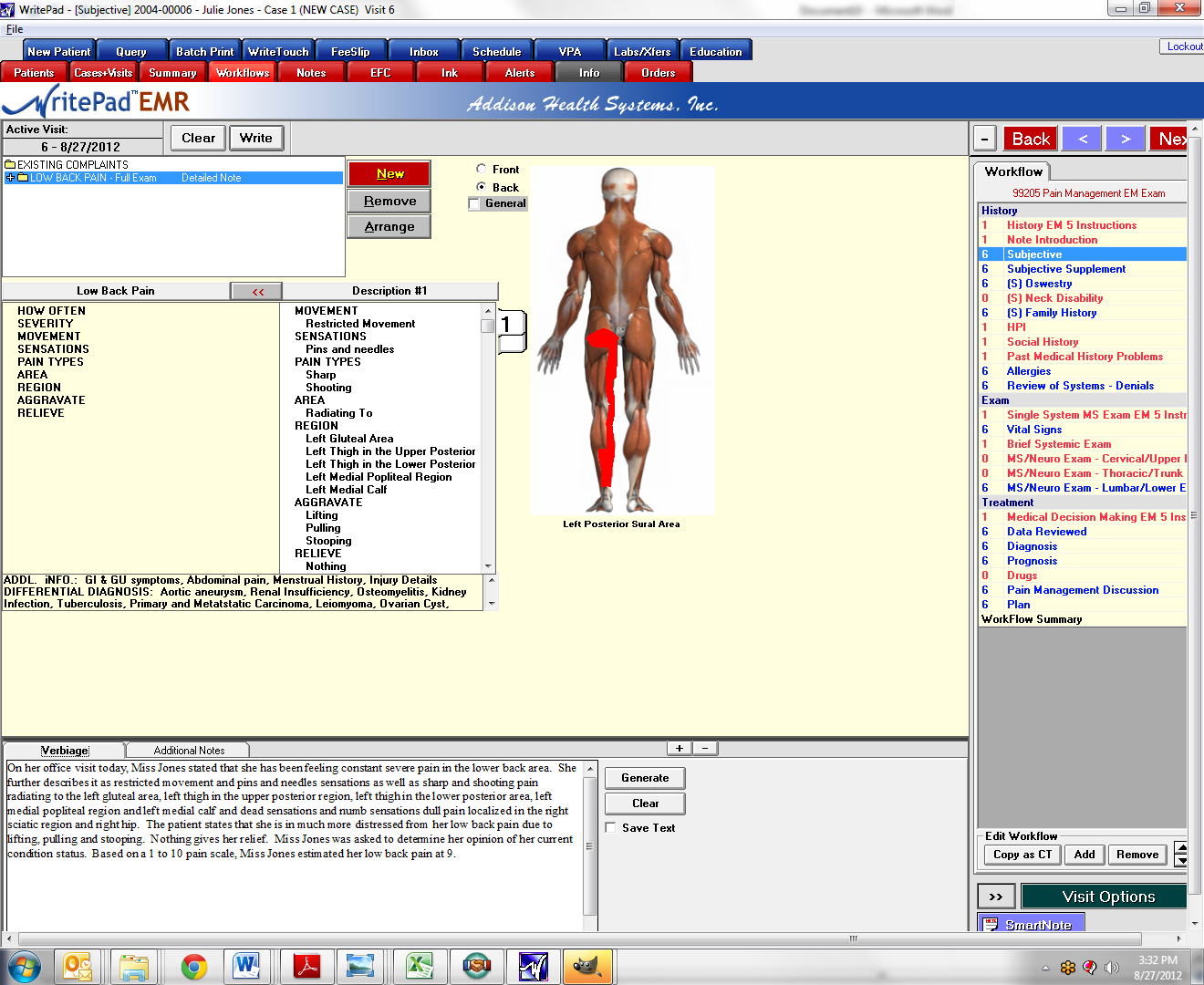 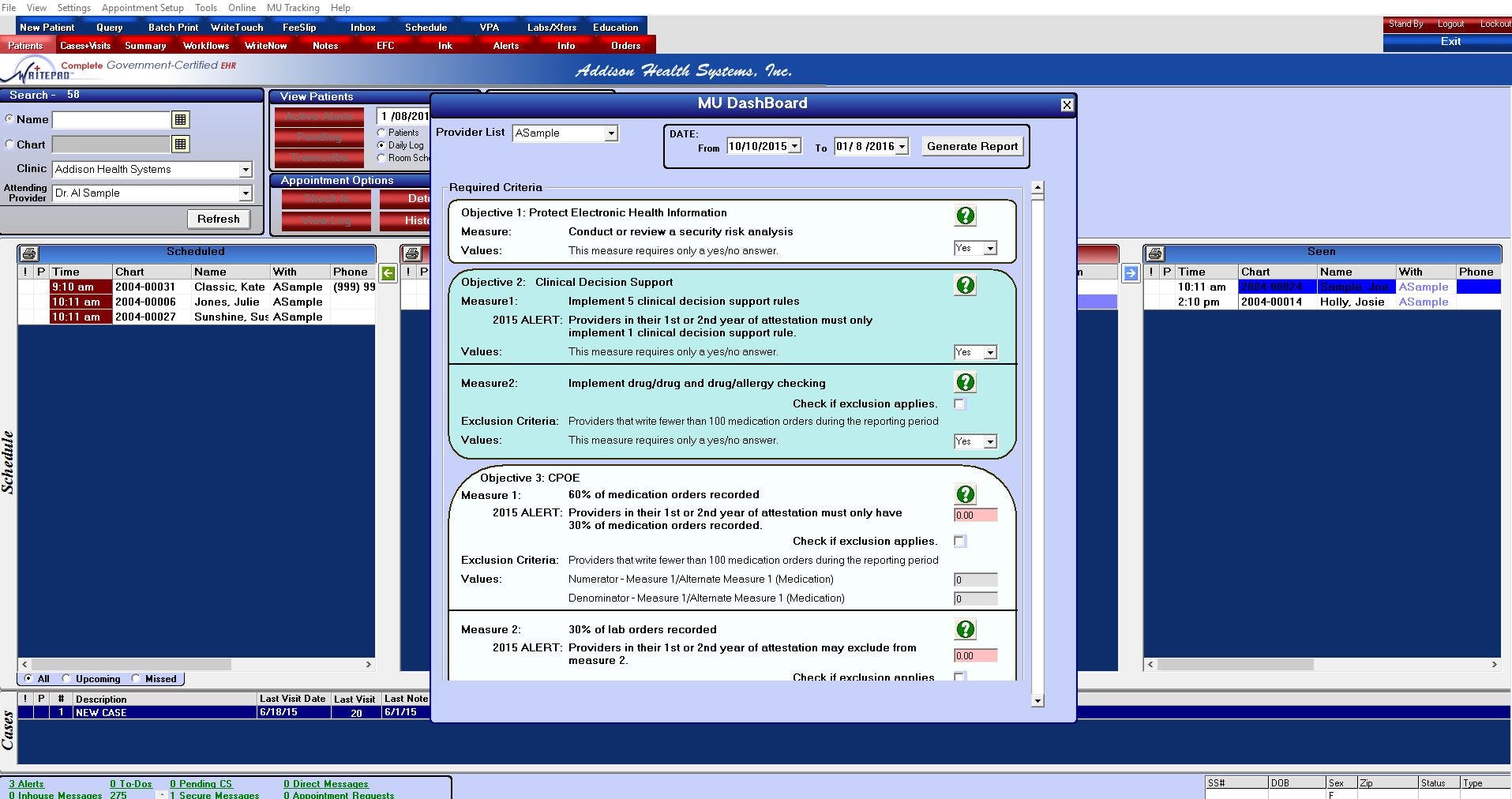 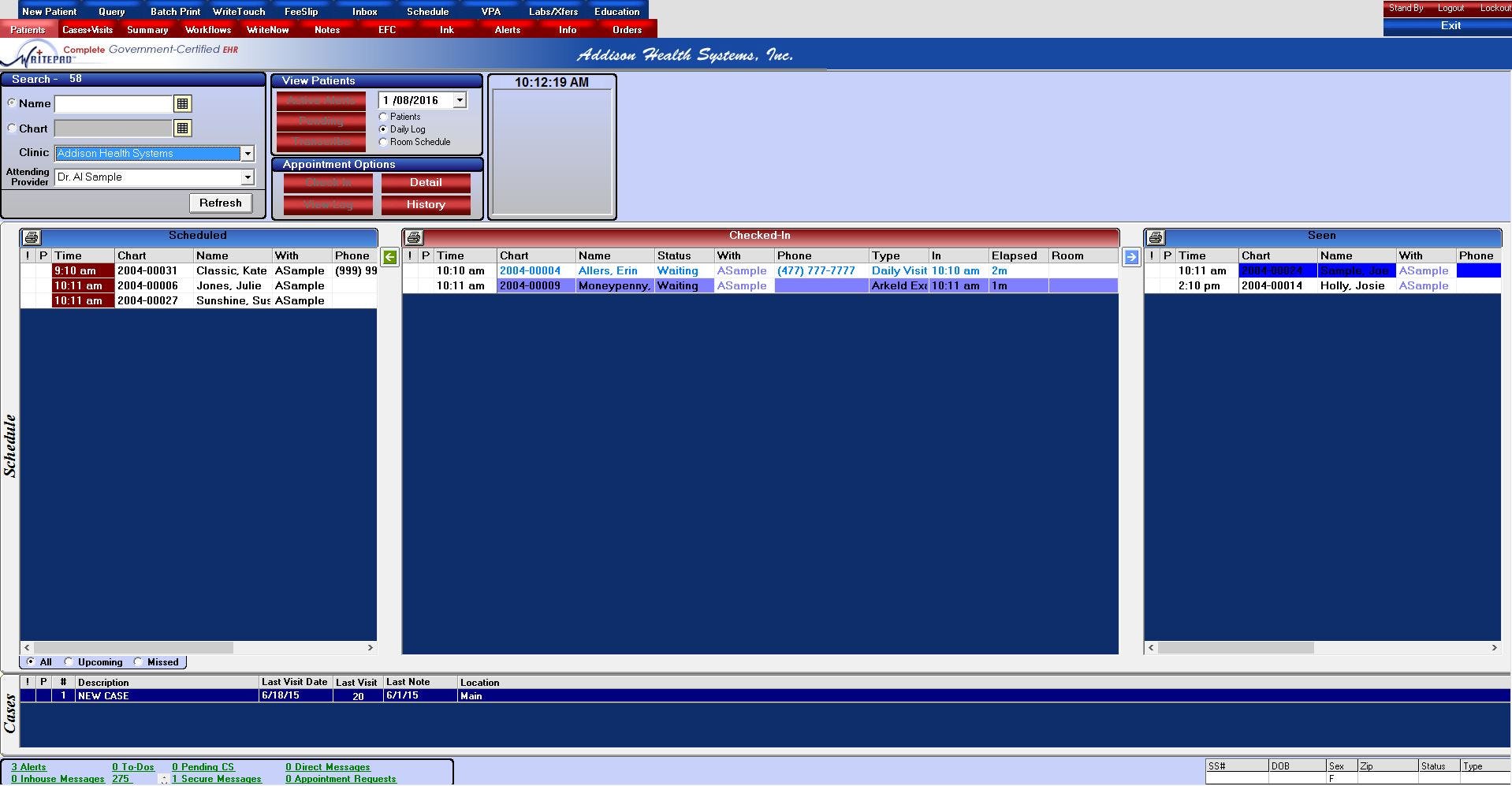 WritePad does not have a free version.

4.5 (454 Reviews)
NueMD offers a suite of cloud-based software and medical billing services for practices of all sizes. NueMD is an...
Learn More

I am an upper cervical Atlas Orthogonal chiropractor. I have done customizing screens for my practice. Learning the software is not always easy. However, once you have figured it out it is pretty powerful in my opinion. I have patients who have given my notes to MD's who said my notes are very good.

customizability, stability, pretty fast once you learn it

Learning curve can be steep

Writepad as my notepad

I'm using writepad as my notepad because it is more convenient and also it has advance features that can be used.

You need to familiarize yourself in order to maximize the use of writepad. There a lot of words it offers so it is difficult to understand what you need.

Please do not consider using this software. Take one look at it first, and you'll see how inferior it is to other platforms that are out there. The most important thing for systems like this is customer support, and Writepad's is AWFUL. Not to mention, I paid $5500 to build a bridge between it and my PM software, and after over 2 years, it is STILL NOT FUNCTIONAL and they will not give me my money back. They are liars, thieves, and incompetents, and I would highly recommend you look elsewhere.

Writepad is a horrific EHR. Their customer support is minimal, nobody knows how to fix the problems that the system has, reporting for CMS is a nightmare (I question whether it's even compliant), and importantly, THEY ARE NEVER READY ON TIME FOR DEADLINES. For example, they were not ready for ICD-10 transition last October 1, 2015, and it led to an INSANE amount of extra work to manually input and change all the codes throughout the month of October and into November. I asked them to compensate us for the fact that their inability to adjust their software in time led to tens of thousands of dollars in lost productivity, additional physician overtime hours, and denials, and they wouldn't even give me a tiny credit on my customer support costs for the year. THE IRONY!!!

This year, 1700 new CPT codes were added, and they are STILL NOT READY (It's 10/6/16). We called them, and they said that they are "testing out some new versions" and that they may have it ready next week. Um...hello? The deadline was October 1!! I am now manually inputting all of these codes.

Do you really want to be with an EHR system that is never ready in advance of the deadlines? Don't you think clinics need some time to integrate industry-wide changes like this into their practice ahead of the deadlines? I mean - this company is truly a joke.

As physician groups, we suffer enough as it is through the whims of government regulation. The last thing we need is an obsolete EHR system with terrible support and a platform that wouldn't impress a programmer from the 1990s that cannot get their act together and be prepared in time for these changes. Do yourself a favor and look elsewhere. This is the worst EHR that we have ever had, and NOBODY ELSE IN THE INDUSTRY has ever heard of them. There is a reason for it. Go elsewhere.

Ease of use and ease of communicating with vendor. I have found that this has been a very helpful product not just for me but also for my colleagues.

There is always a few things that can be improved upon. Nothing is perfect for everyone. The user interface, I suppose, could be a little better.